Drink From My Magical Pants. 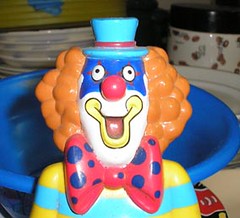 Okay, one of my office co-workers is a Keith, and a fair bit proud of her Scottish heritage. Her birthday's coming up, and I've gotten into trying new things out on my co-workers. So how's this: A warmly spiced oatmeal cake with a clotted cream frosting. Maybe with strawberries on top. It sounds perfect.

One problem, nobody has suggestions for clotted cream frosting. I think that using a blender to pulverize sugar, then whipping it into some devonshire cream until it's airy should be an adequete sufficiency. Don't know what that'll do to the texture of the cream, though. I'll have to experiment with some.

This sounds more Irish than scottish. On the other hand, it seems like a good concept.
Collapse