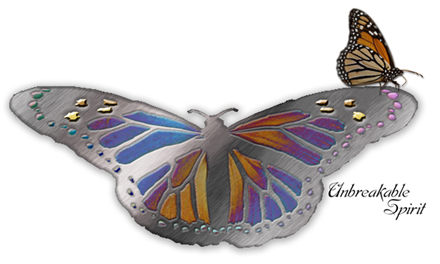 edges a little rough and jaggie. Must do a gaussian blur of the edges just to soften a bit. I think this might be more interesting with just the upper right of the image, enough of the wing to obviously be a butterfly, and the living butterfly. We'll see if she likes this one. [edit: Woohoo! She's thrilled with the image :) ]

One of my recent minor upsets is that the website I've been working on for mom has gotten taken out of my hands, sort of kind of. Guy met a creative services dude who wanted to take on the project for free, and, well, I'm many things, some of which I'd admit to my mother, but I'm not a professional web designer.

*sigh* Pity. That was one of those "I can put it on my resume" things.

One minor irritant is that mom and guy keep asking me to update the website. It needs to be functional and info-packed for new visitors, until the creative services team gets done re-working it. So they're asking me to tweak things for navigability and such...really, it's hard for me to care at this point, though academically I agree that the best product should be available for potential friends and contacts. At the end of this, I'm not sure how much collateral there'll be that I've worked on. They don't much like the smaller brochure, haven't had anything nice to say about anything at all I've touched. Which stings. The only thing they seemed to like was the ipod-style website I threw out two months ago.

Aaaanyway...what's setting me off now...most of my day-to-day friends have already heard me whining about this already. But the creative services team sent me their logo designs. There's about eight of them, and seven are just pretty script, look just like every other logo on the planet, no story behind them. They've been using the FONT I picked out, but dropped the stylized porch aspect (the logo's for "The Front Porch Project.") So it looks like STephen King's logo now.

They did have one clever idea, which was a version of the website in brown, with a wooden windchime hanging from it :) Cute! Not sure what kind of imagery we could build around it, maybe that's just for the brochure.

Anyway...I'm more than a little bit hurt by the entire thing, but let's pull on our big girl pants and smile.